Skip to content
Yesterday I wrote that I was surprised that I’d met my goals for 2014, with the exception of selling my house (deferred so my son could finish high school in Rochester).Here are my goals for 2015:
1.       To do a better job with this “accountability partner” thing. I got lucky last year.
2.       To finally learn to update my own website so I don’t have to whine at my children to do it for me.
3.       To identify meaningful ministry and pursue it. To have a talent is nothing if one doesn’t do something for one’s fellow man with it.
4.       To identify and purchase an investment property in Maine, one that will generate income while allowing me a place to rest my tired head.
5.       To create a master schedule of plein air events I want to do. While I realize I could just ‘follow the wind’ and still be working every week, it would be nice to be a bit more organized.
6.       To paint and show a series about wooden boats under sail.
7.       To get stronger and fitter so that I’ve got more energy when the summer painting season comes around again.
8.       To make this year’s Sea & Sky workshop a great experience for my students.
Whew, that’s a lot of goals!
Somewhere out there, my accountability partner is schlepping her way home from New Jersey. After she recovers from the traffic and the noise, I hope she has a chance to email me hergoals.
What about you, fellow painters? Are you willing to commit your professional goals to ink this year?
Let me know if you’re interested in painting with me in Maine in 2014 or Rochester at any time. Click here for more information on my Maine workshops!

In 2014, I had an accountability partner. Last January, we agreed to check in with each other once a month to review our goals. This was a flawed plan because she is a recluse and I hate talking on the phone. Then I lost my notes to myself and forgot about the whole thing.

Nevertheless, because no thought on the internet is ever really gone, I was able to find my 2014 goals. They were modest:

–Regain my fitness levels from October, 2013, in terms of health and work;
–Finish and hang my show at Roberts Wesleyan opening 3/24;
–Get a workshop schedule together for 2014 and market it;
–Get my house on the market.

I started the year just a few days out from cancer surgery, so at the time I wrote these goals, I could barely walk, let alone work. Despite this, I finished the show for Roberts Wesleyan, and it opened to plaudits. I went on to have another solo show at Aviv Gallery downtown, and a duo show with Stu Chait at RIT’s Davison Gallery, plus showed and sold many other pieces in galleries.
Likewise, my workshop managed to get marketed; in fact, it sold out. And my fitness levels are good—until I got the creeping crud a few weeks ago, I’d have said they were better than in October, 2013.
In fact, the only thing on this to-do list that I didn’t get done was selling my house. And that wasn’t due to my inactivity, but because my son decided he wanted to finish high school here. Since it wasn’t a critical matter, we deferred selling for a year. That meant, of course, that I lived alone in Maine for the summer months, which convinced me that I don’t like living apart from my family.
Note that none of these goals were financial. In my life, it seems that if I take care of the work itself, the money almost takes care of itself. 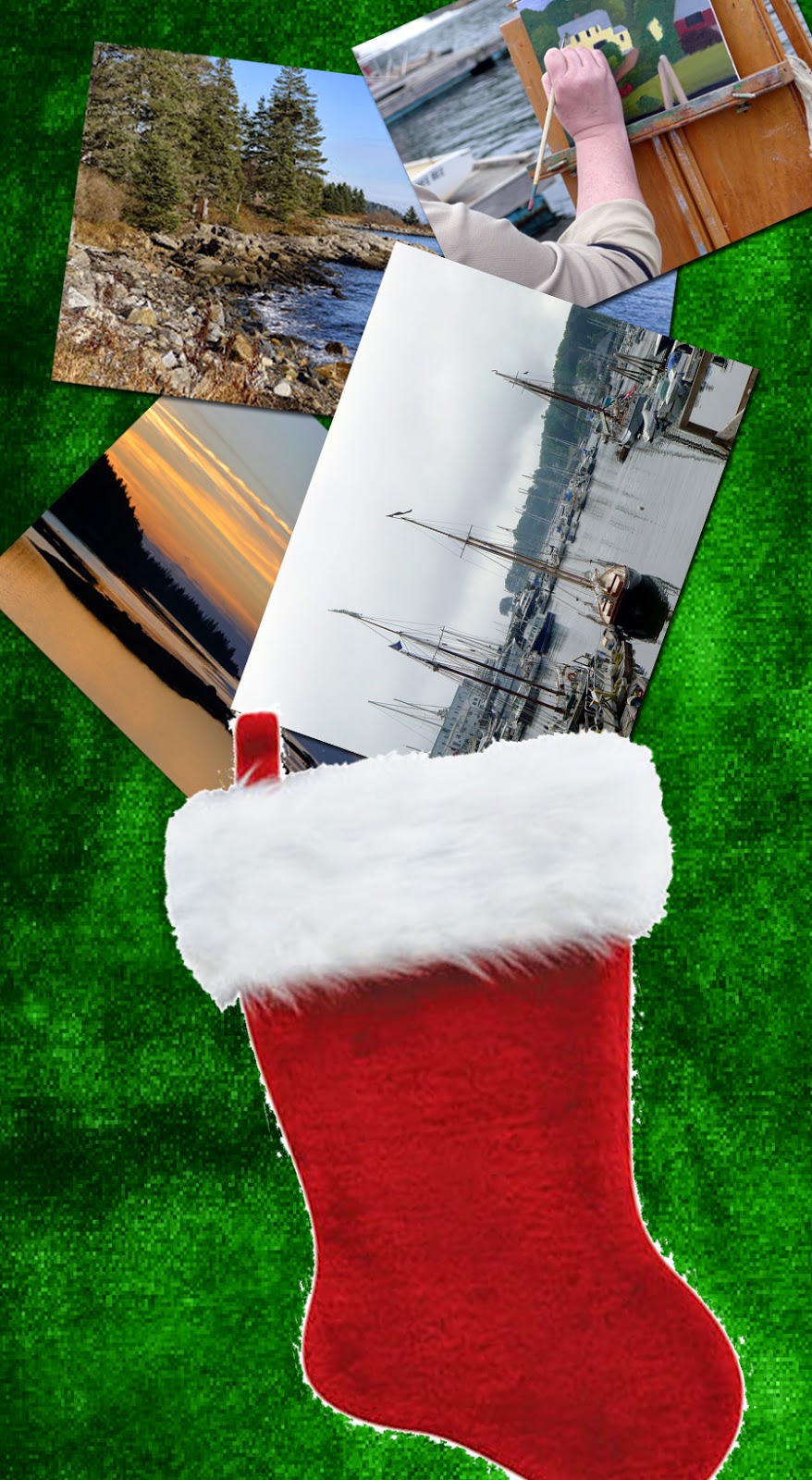