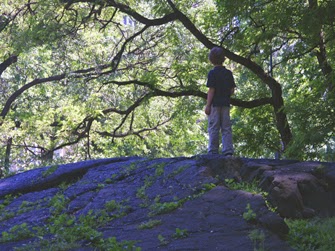 “The smartest kid in class, by contrast, is not an expensive problem. A boy or girl who finishes an assignment early can be handed a book and told to read quietly while the teacher works on getting other children caught up. What would clearly be neglect if it happened to a special-needs child tends to look different if the child is gifted: Being left alone might even feel like a reward, an acknowledgment of being a fast learner.”
When I came across that in a recent Boston Globe pieceon educating gifted kids, I had to laugh. Having once been the smartest kid in my public school class, I was anything but a cheap problem to fix; in fact, my parents ended up sending me to a private school to finish high school. I’m a great example of high intellect swamped by low expectations. Fast-forward a generation to my own kids’ educations. You would think it would be better, but it’s not. Gifted and talented programs—all the rage before No Child Left Behind—have (if they still exist at all) become shock troops in the military boarding school approach to education we’ve adopted. More seat work, more homework, no time for things like art and music.
Busy work is the bane of the bright child’s existence. It teaches him to blow off his homework and rely on test-taking skills to get by. Moreover, it ignores developing the synthetic, intuitive parts of his brain, which are developedby studying art and music, and, yes, by daydreaming. 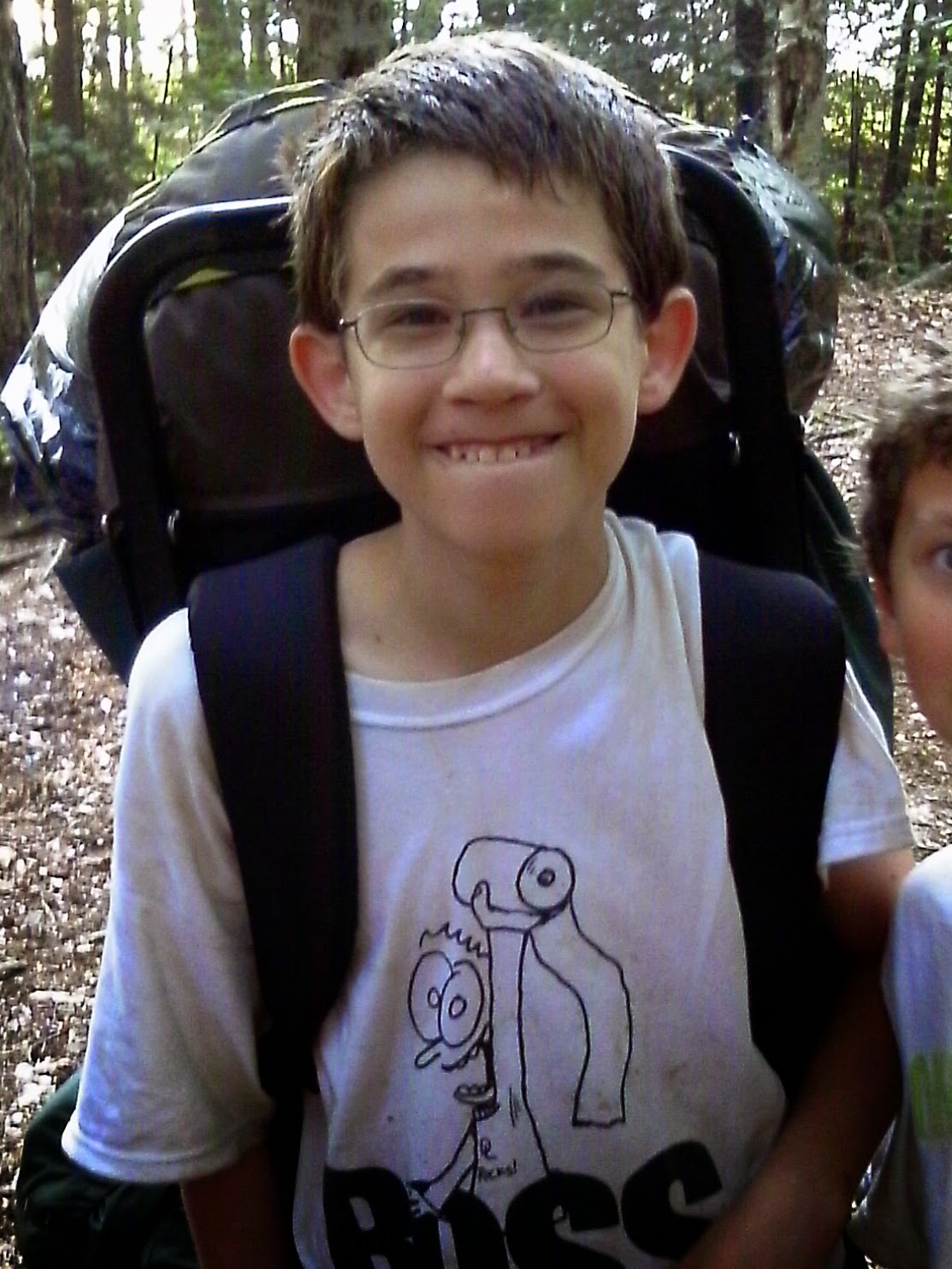 Message me if you want information about next year’s classes and workshops.

For the first time since June I am home without another trip (planned or emergency) on my immediate horizon. It’s autumn and my favorite season to paint, and I will get outside to do that, but my primary goal has to be to pull my studio and home in order for fall.

There is a myth that creatives enjoy working in chaos, but that isn’t true. All people tend to create messes when in the throes of work, but most of them understand that when they are finished, they need to clean them up. Creating order doesn’t come easily to me, but as an adult I’ve learned it’s the only way I can be productive.
I think this idea of the messy artist is a continuation of the myth of artists-as-geniuses, and it actually stops many people from being as productive as they might otherwise be. The vast majority of us do not thrive in chaotic working and living conditions. I’ve been in many of my peers’ studios, and most of them are sensible, organized workrooms. (In some cases, what an outsider perceives as clutter is actually just order in a very small space.)
I would normally “reset” my studio and workshop in the early fall anyway—go through my stock, winnow supplies, and reorganize shelves. For me, chaos effectively blanks out all thinking, and I like the idea of spring and fall cleaning.
This year, it’s worse, because my RIT show was pulled for being obscene, and the work ended up stacked in the middle of my studio floor. At a loss about how to put it away in a hurry, I moved it to my bedroom, where it’s still in the way. Until I get it properly stored, there’s no easy living in my house.
On top of that, there are three months of mail to go through, and three months of dirt to vacuum. (My family did a decent job of maintaining order, but the finer points of housekeeping are beyond them.)
Message me if you want information about next year’s classes and workshops.
Quebec has tried twice and failed to secede from Canada. The referendum of 1995 was considered a foregone conclusion by pollsters; commentators breathlessly discussed whether the Maritime Provinces—separated from the rest of Canada—would ask to join the United States. However, the polls were wrong and although the Parti Québécois remains a political force, the idea of Quebec separatism is spent.
Yesterday Scotland also ignored the polls and voted to stay in the United Kingdom. Hopefully, the Scottish separatist movement will go the way of the Parti Québécois. In honor of that, let me give you a tiny bit of Scottish painting.
The Glasgow Boys are called the Scottish Impressionists, but they’re more similar to the Australian Heidelberg School painters in their sentimental attachment to their history. Their painting was done en plein air with free brush work and an emphasis on the play of light. But they were not interested in modern life—as were the French Impressionists—but in the romance of Scotland’s rural past.
Considering the blanket of pollution over 19th century Glasgow, the workers packed into its tenements, and the befouling of the River Clyde, that made sense. What rich industrialist wanted a painting of the environmental and social mess his new-found wealth had helped create?
Message me if you want information about next year’s classes and workshops.
We interrupt this regularly-scheduled programming to address the age-old question of why babies in paintings are often deformed, distorted, and generally ugly. (And, BTW, this phenom isn’t limited to Renaissance babies, no matter what the current meme says.) It isn’t because the artists can’t draw; I’ve included examples by superb draftsmen.
There are a lot of theories about this, covering context to symbolism to the possibility that earlier babies just were not that good looking in the first place.
Having had several babies myself, and having done a lot of figure painting, I think the answer is much simpler: babies make lousy models. They squirm and howl when they’re uncomfortable, and they won’t hold a pose. They have no muscle tone and very little neck, and they wobble. Pre-photography, the best the artist could do was limb in a few lines and return the pathetic little creature to its mother’s arms.
On the other hand, I’ve always wondered why so many Renaissance infants are pictured wearing jewelry. Didn’t they get the memo about choking hazards?
Enough of this. I have a new little grandson to go visit. He arrived squalling into the world last night, and I haven’t yet begun to paint his portrait.
Message me if you want information about next year’s classes and workshops.

Three artists arrived at the idea of pure abstraction at roughly the same time: Wassily Kandinsky, Piet Mondrian, and Kazimir Malevich. This was not coincidence; all three believed in the spiritual properties of abstraction, an idea they got from the rich stew of spiritualism swirling around turn-of-the-century Europe.

One of the chief promoters of the Fourth Dimension was Pyotr Demianovich Ouspenskii, a follower of G. I. Gurdjieff. Ouspenskii believed our consciousness was evolving, which would ultimately lead us to perceive the fourth dimension, and that art and music were the path to this evolution.  In the fourth dimension, reality and unreality were reversed, and time and motion were revealed as illusions.
Theosophy was Madame Blavatsky’s occult movement. She described it as “the archaic Wisdom-Religion, the esoteric doctrine once known in every ancient country having claims to civilization.” Madame Blavatsky taught that color had spiritual vibrations which would awaken the dormant spirituality within a person, and that art should begin in nature, a nature that would be found in a world-birthing apocalypse.
Rudolph Steiner’s spin on theosophy was called Anthroposophy.  This postulated the existence of an objective spiritual world accessible through inner development of the clairvoyance and intuition that modern man had lost as he developed rational thought. Steiner focused on the symbolic and synesthetic properties of color.
Kandinsky’s Concerning the Spiritual in Art (1912) is both turgid and broad-ranging. Let me just hit his major points about color:
In short, Kandinsky’s color theory is a magnificent exercise in hooey. Still, it has had a long-reaching influence, with overtones in fashion, industrial design, and every other area that touches our lives.
Message me if you want information about next year’s classes and workshops.